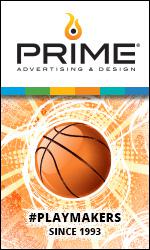 Camps and Clinics in the MGCG

Since opening the Maple Grove Community Gyms on January 19, 2015, many new basketball opportunities have been brought to the community.

There have been several tournaments held at the MGCG:

There have been several camps & clinics held at the MGCG by:

Check in below to see what is coming next!

To register for the 2019 Northwest Metro FCA Basketball Camp in June  click HERE.